Ellen and Portia  were totally wowed by the huge crowds down in Melbourne today for her second show held this morning at Birrarung Marr Park.  Over 5,000 people turned up to the event with 1,500 missing out on a spot in the main area but that didn’t stop Ellen from going over to say hello after the show with Ellen saying “You beat Sydney.” 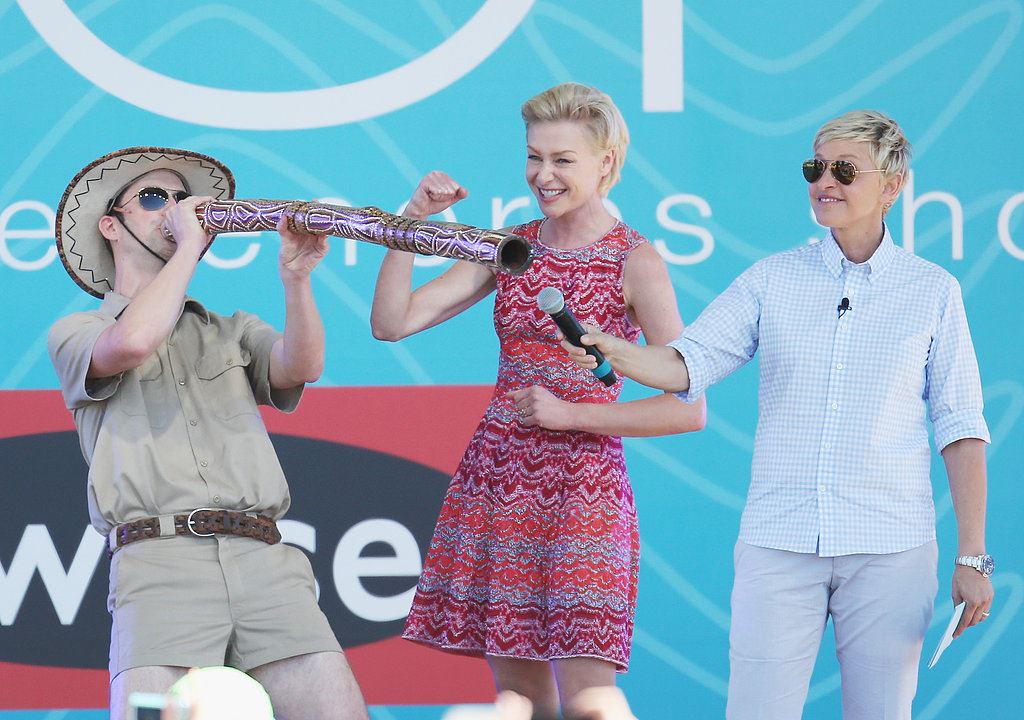 The show followed a similar style to Sydney with Jessica Mauboy on hand once again playing a musical game, male underwear models taking to the stage in Ellen undies, and Ellen also giving away $10,000 to an Ellen fan named Daniel, who has been diagnosed with leukaemia. And a 10 year from Melbourne Girls Grammar School (Portia’s former School which they visited yesterday where they filmed some segments for her show), sang on stage and will be flown to Ellen’s Show in the US.

“The outpouring of support for our show here has been unbelievable,” she said.  “My favourite thing about Melbourne is the people, they have been amazing.”  “Melbourne has made me so proud,” Portia De Rossi told the crowd.

Check out the behind the scenes video from today’s show: 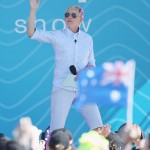 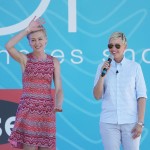 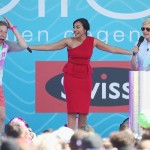 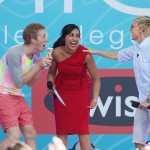 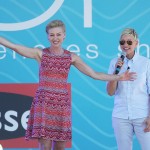 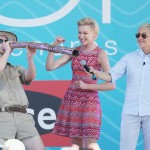 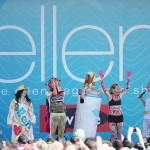 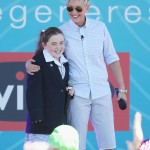 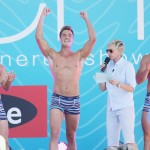 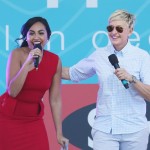 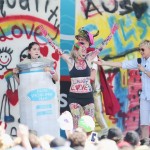 You can watch a video hosted by Richard Wilkins here and Tonight Tracy Grimshaw will be interviewing Ellen & Portia live on A Current Affair.

And of course don’t forget to check out our magazine of Ellen’s fictional trip around Australia and spread the Ellen love.