As you know, we announced the release of Ellen’s follow up film to “Finding Nemo” “FInding Dory” earlier this year but Sam actually came up with the concept four years ago. Well Disney Pixar and Ellen have finally caught up to us and have just announced the release of Finding Dory slated for release in 2015 with Ellen the star.  Ellen made the announcement overnight at the first taping of her episode back in LA after her super fast trip week long trip Down Under. 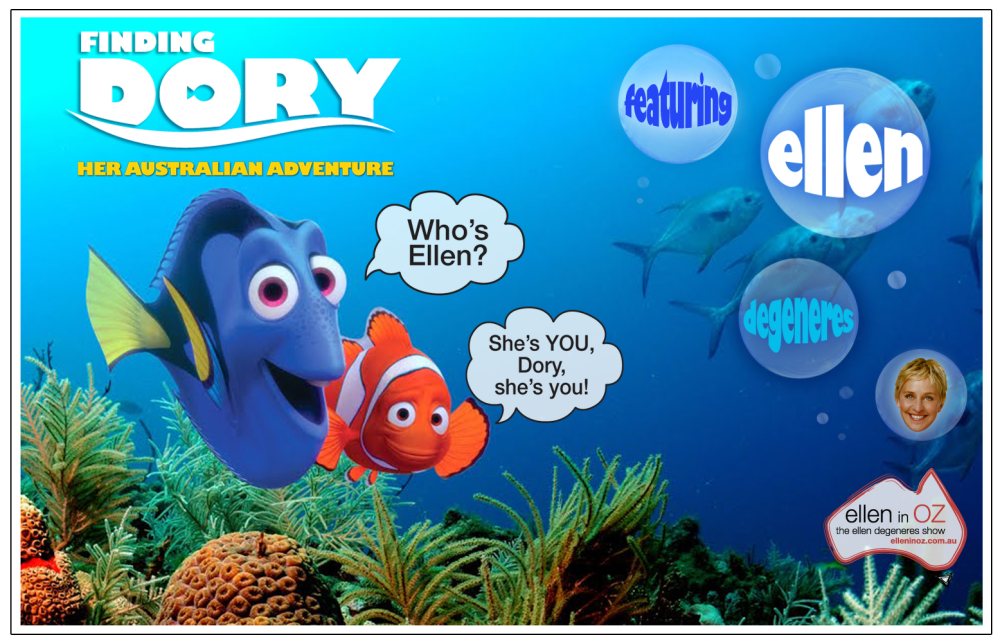 The second instalment is based on the lovable, but incredibly forgetful Blue Tang fish voiced by Ellen as Dory, and takes place about a year after the first film, and features returning favourites Marlin, Nemo and the Tank Gang, among others. Set in part along the California coastline, the story also welcomes a host of new characters, including a few who will prove to be a very important part of Dory’s life.

To announce the movie news, Ellen looked back at the many times she’s talked about why the Oscar-winning Finding Nemo hadn’t received a sequel so she’s super excited now that director Andrew Stanton and Disney•Pixar have decided to take it into production:

“I have waited for this day for a long, long, long, long, long, long time,” said DeGeneres. “I’m not mad it took this long. I know the people at Pixar were busy creating ‘Toy Story 16.’ But the time they took was worth it. The script is fantastic. And it has everything I loved about the first one: It’s got a lot of heart, it’s really funny, and the best part is—it’s got a lot more Dory.”

And excitingly you can check out some of the footage from the first part of her trip arriving in Australia here:

Here’s a first look at her Australian footage: